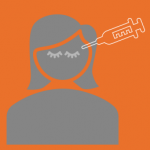 June 25, 2019 — AbbVie Inc. is acquiring Dublin-based Allergan PLC for approximately $63 billion in cash and stocks, the companies announced to today. “This will give the new company a dominant position in the eye-treatment and beauty drug industry, which includes the widely used Botox neurotoxin,” said MoginRubin Partner Jennifer Oliver. In 2017, Botox generated nearly $3.2 billion U.S. dollars in revenue worldwide. At least one prediction says sales are expected to hit $4.57 billion by 2424.

The companies explained their strategic rationale this way:

Immediate scale and enhanced profitability for AbbVie’s growth platform: AbbVie’s enhanced growth platform, comprised of growing and durable franchises across highly-attractive therapeutic areas, is expected to grow at a high-single digit annual growth rate well into the next decade, from more than $30 billion in 2020.

The Wall Street Journal said the merger comes as AbbVie’s patent protection for its top-selling drug, Humira, is about to expire. AbbVie reported earlier this year that global sales of the drug, which treats autoimmune diseases like rheumatoid-arthritis and psoriasis, was $19.9 billion in 2018, an 8.2% increase from 2017. AbbVie has collected more than $115 billion in global Humira sales since 2010, 58% of which has come from the U.S., according to Axios.

“The companies’ portfolios have some overlap in treatments for brain, women’s-health, stomach and other disorders, though the combination would take AbbVie into the new realm of frown-line smoothing, eyelash lengthening and double-chin removal,” the Wall Street Journal reported. “Allergan’s nearly $16 billion in yearly revenue would also give AbbVie another source of cash to hunt for a new generation of products.”

“This is yet another example of big pharma taking anticompetitive measures to protect massive profit margins,” Oliver said. “First we saw pay-for-delay cases that stalled entry of generic drugs. Next came ‘patent thickets’: dense webs of overlapping patents making it nearly impossible to create generic equivalents. There is a pattern here: when a blockbuster drug becomes subject to price competition due to generic entry, big pharma seeks monopoly power elsewhere. In this case, AbbVie is losing patent protection over its cash cow Humira, so is buying monopoly power in the Botox market rather than innovating and securing new patents.”