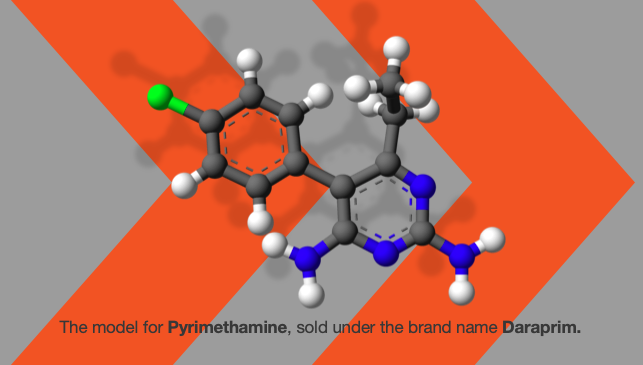 The Federal Trade Commission and the New York Attorney General have sued Vyera Pharmaceuticals and two of its executives for antitrust law violations, saying the company illegally blocked generic drug makers from replicating its life-saving off-patent drug Daraprim, which has been on the market for 60 years.

“This is just one example of the considerable hurdles companies face in trying to develop and market biosimilars,” said MoginRubin Senior Counsel Joy M. Sidhwa.

When it acquired the drug in 2015, Vyera infamously hiked the price of Daraprim to $750 per tablet. U.K. consumers could buy the same pill for $1. The drug company also allegedly paid distributors not to share distribution data with generic producers, and made sure certain customers were not able to purchase quantities of the product at levels that would be needed to develop a less-expensive generic drug.

One of the Vyera executives, Martin Shkreli, nicknamed “the Pharma Bro,” has a record not only for astronomical price hikes on drugs, but for securities fraud. He also made headlines in 2017 when he offered $5,000 to anyone who would pull a strand of Hillary Clinton’s hair. He made the offer via Facebook while out on a $5 million bond as he awaited sentencing for the securities violations. Shkreli later apologized for offering the bounty, saying it was intended as a joke. A federal judge revoked his bail. Shkreli is serving a seven-year sentence.

Daraprim, whose generic name is pyrimethamine, is used to treat toxoplasmosis, a life-threatening disease that results from an infection caused by a common parasite that thrives in cat feces and survives in undercooked meat. According to the Centers for Disease Control, toxoplasmosis is considered to be a leading cause of death from foodborne illness in the U.S. About 750 people die from the disease each year. It is also used in combination with other drugs to treat people with HIV/AIDS.

MoginRubin’s Sidhwa explained that biologics are often expensive drugs made from complex molecules manufactured using living microorganisms, plants, or animal cells. Biosimilars are drugs manufactured by a different entity that are highly similar to a reference biologic, she said. A similarity between generic drugs and biosimilars is that both are marketed as cheaper versions of costly name-brand drugs. However, the cost savings of biosimilars have not been realized in the U.S. because biosimilars face limited market uptake due to the rebate practices and current contracting strategies of the biologic manufacturers with the healthcare and insurance companies, making it extremely difficult for biosimilars to compete for new patients. Therefore, the questions and considerations raised by the lawsuit against Vyera apply not only to small molecule drugs but also to the biologics and their generic biosimilars.

Looking for More Insights on This Subject?

MoginRubin’s Joy Sidhwa recently moderated a discussion with attorneys from several other law firms and a biosimilar strategy executive from a pharmaceutical company. Click the title – “Getting Biosimilars to Market: Patent and Antitrust Perspectives” – to download the complete transcript of that discussion.