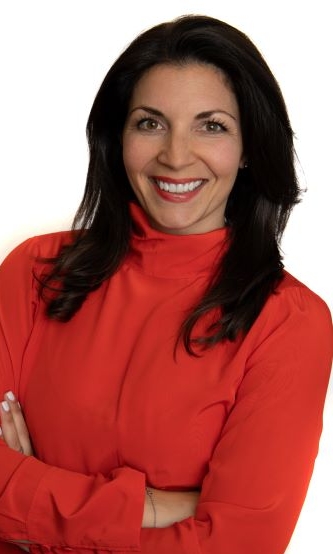 The University at Buffalo – 2003
BA: Business

Jennifer has been an active volunteer with the Junior League since 2015, where she helps spearhead initiatives to improve the lives of transition age foster youth in San Diego, and she recently became a member of the University at Buffalo School of Law Dean’s Advisory Council. Jennifer is also the 2020-2021 the chairperson for the Lawyers Club of San Diego’s North/Mid County Committee.

Dr. Sherwin Matian, DMD, et al v. Align Technology, Inc. (N.D. CA) – Representing a proposed nationwide class of dentists and orthodontists in an antitrust case in which the defendant, Align Technology Inc., the makers of popular orthodontic aligning equipment, allegedly violated the Sherman Act and harmed the proposed class of similarly situated dental and orthodontic practices when they schemed to monopolize and effectively foreclose competition in the market.

Melissa Atkinson and Katie Renvall, et al v. Minted, Inc. (N.D. CA) – Representing a proposed nationwide class of approximately 5 million consumers in a California Consumer Privacy Act (CCPA) case in which the defendant, Minted Inc., a San Francisco based online marketplace for crowdsourced home goods, art and stationery, allegedly violated the CCPA when it failed to implement and maintain reasonable security procedures and practices, and ultimately exposed the data of millions of its customers.

In re Local Television Advertising – putative class action pending MDL consolidation against media behemoths including Sinclair and Hearst, for price fixing of local advertising rates in violation of Section 1 of the Sherman Act.

In Re Disposable Contact Lens Antitrust Litigation (M.D. Fla.), seeking certification of a class of plaintiff contact lens wearers who assert that the manufacturer defendants conspired with each other, a wholesaler, and independent eye care professionals to impose minimum resale prices on certain contact lens lines, thereby reducing or eliminating price competition on those products from “big box” stores by preventing them from discounting those products.

Representing a major American airline in a case concerning the distribution of airline content to business travelers in an antitrust and tortious interference litigation brought in State and Federal court, against companies that were both technology providers and competitors, including a very favorable resolution after several days of trial before a Texas jury.

Representing a major multinational bank and its affiliates in a series of multi-jurisdictional disputes with billions of dollars in alleged damages over syndicated real estate loans made to luxury resort developments, including obtaining the dismissal of all claims and defeating class certification of RICO claims.

Representing and obtaining a complete victory for a multinational conglomerate corporation in a high-stakes commercial dispute after a three-week arbitration hearing pertaining to the development of complex technology used for power generation.

Representing and securing a victory for a top American business magazine in an international arbitration arising from an alleged wrongful termination of a trademark license, in which the arbitrator declared the license terminated and awarded no damages to the licensee.

Representing a joint venture between municipalities responsible for much of the tri-state area’s regional transportation infrastructure in several actions before the Federal Maritime Commission, including a complete victory before the FMC in a $400 million lease dispute brought under the Shipping Act.

Representing a major U.S. global and cable satellite television conglomerate in a high-profile jury trial involving over $100 million in alleged damages, including a total victory on a counterclaim worth over $65 million.

Representing a major multinational chemical corporation in a highly publicized, multi-jurisdictional litigation, including obtaining the dismissal of a RICO case in D.C. federal court.

Salesforce-Slack Merger Gets a Second Look from DOJ – Co-Author

Will the Antitrust Laws Get an Update? – Co-Author

California High Court: Interference With ‘At Will’ Contract Requires ‘Separate Wrong’ to be Actionable – Co-Author

What Bankruptcy Counsel Need to Know About Antitrust Law: Nothing Is Free and Clear – Author

Is a Pandemic a Material Adverse Event in M&A? – Co-Author

Spurned by HP Board of Directors, Xerox Gets Hostile, and is Spurned Again – Co-Author

The Future of No-Poach Clauses: Practical Advice and Viewpoints from the Employment and Antitrust Perspectives – Moderator

California’s College Athletes May Profit from Their Positions, Kicking Off a National Wave and a Bout with the NCAA – Co-Author

Google is Allowing Businesses to Post Millions of Fake Listings on its Maps App. Will It Be Held Accountable? – Author

Sanctuary for Families Above and Beyond Achievement Award, for an excellent record of pro bono work on behalf of victims of domestic violence