Smaller theaters have reason for concern.

At the end of the beloved 1939 film The Wizard of Oz, Dorothy famously says to her Auntie Em, “There’s no place like home!”  It’s one of the best known quotes from one of the happiest of happy endings to ever come to movie theaters.

But there was much more going on behind the scenes than just Munchkinland. The year before the film was released movie studios and the government clashed when the government enjoined certain of the studios’ most lucrative distribution and licensing practices. Alleging a breach of antitrust law, the government pursued five large companies which produced films, distributed films, and played their films in their own theaters. The companies were then called Paramount Pictures, Inc., Loew’s, Inc., Radio-Keith-Orpheum Corp., Warner Bros. Pictures, Inc., and Twentieth Century-Fox Film Corp. 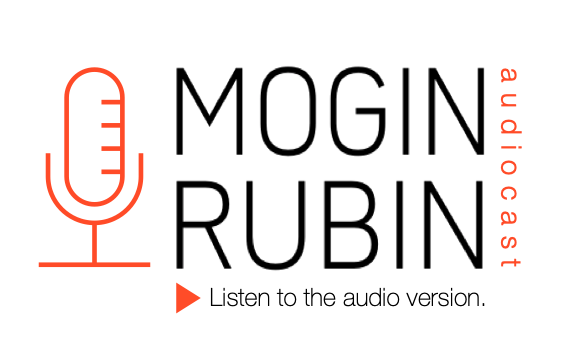 In a case that would be led by Tom C. Clark, who served in President Roosevelt’s Department of Justice and then as President Truman’s Attorney General in 1945, the government charged that the vertical combination of producing, distributing, and exhibiting movies violated Sections 1 and 2 of the Sherman Antitrust Act.  Each company had entered into various contracts with theaters which unreasonably restrained and monopolized trade, the government said.

In an unhappy ending for the studios, their litigation over these practices culminated in a 1948 decision against them written by Associate Supreme Court Justice William O. Douglas (United States v. Paramount, 334 U.S. 131 [1948]”.  “[T]he aim of the conspiracy was exclusionary, i.e. it was designed to strengthen [the studios’] hold on the exhibition field. In other words, the conspiracy had monopoly in exhibition for one of its goals …,” Justice Douglas found.

After this decision the Antitrust Division and the studios entered into a set of consent decrees, known as the “Paramount Decrees.” The decrees substantially altered the way studios conducted business, requiring them to separate their distribution operations from their theatrical exhibition operations and sell off their theaters. They also agreed to end a number of other practices, including block booking (bundling multiple films into one theater license), circuit dealing (entering into one license that covered all theaters in a theater circuit), resale price maintenance (setting minimum prices on movie tickets), and granting over-broad clearances (exclusive film licenses for specific geographic areas).

On Aug. 7, 2020, Judge Analisa Torres of New York’s Southern District said times have changed, holding that the conspiracy and practices that existed decades ago have faded to black. In the 1930s and 1940s, requiring a group of theaters to consecutively show all of one company’s movies “tied them up for weeks or months, thus foreclosing independent distributors from the first-run theaters they needed to successfully launch and distribute their films,” the judge wrote. While some areas today may have a single one-screen theater, most have multiple theaters with multiple screens and can show movies from different distributors at once, she noted. (Download Judge Torres’ ruling in U.S. v. Paramount.)

“There also are many other movie distribution platforms, like television, the internet and DVDs, that did not exist in the 1930s and 40s. Given these significant changes in the market, there is less danger that a block booking licensing agreement would create a barrier to entry that would foreclose independent movie distributors from sufficient access to the market. Market changes have also limited any dangers posed by the practice of circuit dealing,” Judge Torres held.

The DOJ moved to terminate the Paramount Decrees immediately, but with a two-year sunset period for the block booking and circuit dealing provisions to give theaters time to transition. The judge held that the Antitrust Division “offered a reasonable and persuasive explanation” for why terminating the Paramount Decrees would “serve the public interest in free and unfettered competition.”

Subscribe to the MoginRubin Blog Digest to receive a monthly curated list of top blog posts and a brief overview of some of the month’s antitrust headlines.

Clearly the business of making and distributing movies has changed in the 80 years since the consent decrees were first entered. And some argue that the decrees could even pose a restraint on innovation. But smaller independent theaters and theater chains are right to be concerned about what might transpire now that the decrees are lifted. For example, block booking may not hurt the large well-known theater chains with plenty of screens, but if those practices reemerge small theaters could find it impossible to get big movies, and small distributors could lose access to big chains.

At the end of another beloved film, 1946’s  It’s a Wonderful Life, Clarence the angel tells actor Jimmy Stewart’s despondent George Baily: “You’ve been given a great gift, George. A chance to see what the world would be like without you.”

Now, given the ending of the sequel to the Paramount Decrees, we will see what the world will be like without them.

Written by Jennifer M. Oliver and edited by Tom Hagy for MoginRubin LLP.