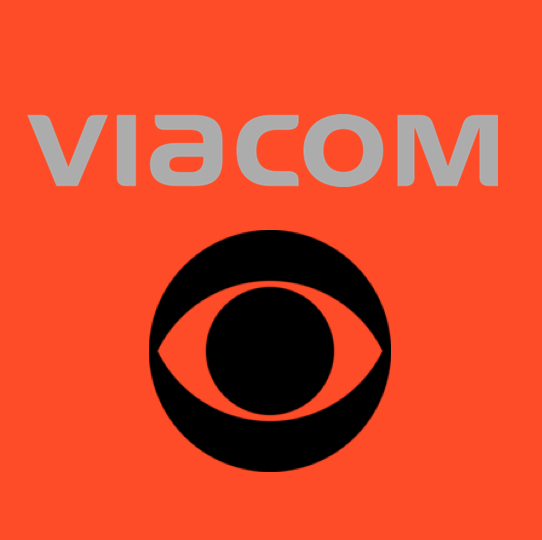 Apparently celebrity breakups and reunions happen at the corporate level, too. CBS Corp. is buying Viacom in an all-stock transaction that values Viacom at its current stock market capitalization of around $12 billion. This is the second time around for these media giants. The first came in September 1999 and lasted for five years. Viacom was originally created in the 1970s after the Justice Department forced CBS to sell its syndication unit, so the companies have been on-again/off-again for decades.

The market value of CBS Corp. is about $18 billion. The combined company, ViacomCBS Inc., will have more than $28 billion in revenue and 22% of the U.S. television viewing audience, according to a joint statement from the companies.

The newly formed company, called ViacomCBS Inc., moves to first place in the competition for U.S. television viewers, at four percentage points ahead of Comcast which has 18% of the audience, and Disney and Fox, which each have 14%. The new “multiplatform, premium content” company has production capabilities on five continents and a global reach of more than 4.3 billion TV subscribers in 180 countries, the companies said.

ViacomCBS will benefit from its “distinct competitive position” as one of the “most important” content providers in the world, they said, underscoring the strategic value of the deal. “This will enable the combined company to accelerate the growth of its direct-to-consumer strategy, enhance distribution and advertising opportunities and create a leading producer and licensor of premium content to third-party platforms globally,” the companies said.

This deal goes down as a major chapter in the history of television which once comprised the big three commercial networks. The Walt Disney Company bought ABC in 1996. Comcast acquired NBCUniversal from General Electric in 2011.

Big corporations, especially ones that get bigger and bigger, are getting a lot of attention from politicians these days, with calls primarily from Democratic presidential candidates to break up powerful conglomerates like Facebook and Google. No one has been more vocal in their concerns about the growing influence of corporations than Sen. Elizabeth Warren. The democratic front-runner noted via Twitter how close the CBS/Viacom merger follows the March 20 effective date of The Walt Disney Company’s acquisition of 21st Century Fox. “Consolidation raises serious concerns for consumers, employees, and the entire sector. The Department of Justice should be paying close attention,” Sen. Warren wrote.

As Supreme Court Justice Hugo Black explained in an antitrust case involving 1,200 newspaper publishers and The Associated Press, the First Amendment “rests on the assumption that the widest possible dissemination of information from diverse and antagonistic sources is essential to the welfare of the public.” Yet, Americans receive their information from an ever-decreasing number of media conglomerates, and the CBS-Viacom merger perpetuates this trend. Since Justice Black’s day, federal courts and antitrust enforcers have increasingly limited the type of consumer welfare to be promoted by the antitrust laws — usually just price effects — while diversity in distribution and other types of competition receive very little attention. Under this approach, federal enforcers may approve the CBS-Viacom merger without restriction, especially given that CBS and Viacom were previously combined and currently have the same majority shareholder – National Amusements Inc. The recent Disney-21st Century Fox merger ($254B combined market cap) and the AT&T-Time Warner merger ($237B combined market cap), which were larger and arguably more problematic ultimately went through (although the DOJ unsuccessfully challenged the latter).