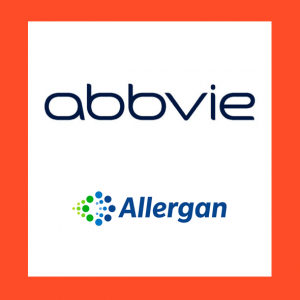 In a September 13, 2019 letter, seventeen consumer advocacy groups and unions (led by Public Citizen Inc.) sent a clear message to the Federal Trade Commission: investigate and, if necessary, terminate AbbVie Inc.’s acquisition of Allergan PLC or risk restricting consumers’ access to lower-priced pharmaceuticals, limiting innovation, and reducing competition. These groups explained their “hope” was that this investigation would be part “of a reinvigorated broader look at pharmaceutical drug mergers.”

AbbVie announced in June that it would acquire Dublin-based Allergan for $63 billion in cash and stock. This acquisition gives AbbVie a dominant position in the eye-treatment and beauty drug industry post-merger, which includes the widely used Botox neurotoxin. In 2017 alone, Botox generated nearly $3.2 billion in revenue worldwide, with some predicting it will generate more than $4.5 billion by 2024.

AbbVie and Allergan argue the merger will result in “new growth platforms and leadership positions,” add immediate scale, improve profitability, increase stock value, and increase cash flow. However, the advocacy groups labeled the deal as the union of “two price-gouging patent manipulators,” maintaining that AbbVie and Allergan have a history of engaging in anticompetitive conduct (including manipulating patents and illegal discount bundling) in connection with their blockbuster drugs, and that “[w]e can look forward to new efforts to destroy competitive markets by the pharma giant that emerges from this deal.”

AbbVie more than tripled the price of Humira from 2006 to 2017, but the advocacy groups said in their letter to the FTC that “[n]either inflation nor higher manufacturing costs explain these price increases,“ add, “[g]iven AbbVie’s history of price increases, it is easy to predict what could be expected if AbbVie acquires control of Allergan’s drug portfolio.”

The advocacy groups also point to recent historical trends in the pharmaceutical industry as evidence of the likely effects of the AbbVie/Allergan merger. “Increasing consolidation in the pharmaceutical drug industry has led to higher prices for prescription drugs, less consumer choice, and less innovation. Between 1993 and 2015, there were approximately 2,500 deals, of which twenty firms were responsible for 74% of the merger and acquisition spending.  Drug prices are skyrocketing to new heights, and R&D spending has dropped. Pfizer, Inc. and Valeant Pharmaceuticals, Inc., for example, cut their R&D spending after completing acquisitions, and focused on increased sales of their expanded existing drug portfolios to increase revenues. Academic studies confirm that mergers tend to reduce innovation, as the companies in the more concentrated marketplace cut back on R&D. Indeed, the share of new drugs coming from the top twenty big pharma firms has dropped every year since 2013, from over 60% to just above 30% in 2018.”

Over the past twenty years large pharmaceutical companies have adopted (i) pay-for delay schemes that stall entry of generic drugs/biosimilars, (ii) patent thicket schemes that involve dense webs of overlapping patents that make it nearly impossible to create generic equivalents/biosimilars, and (iii) bundled discount strategies that allow these companies to leverage their market power over one drug to force healthcare providers to purchase its other drugs. AbbVie is no stranger to these tactics, as it is currently defending an antitrust class action that alleges it quashed competition for Humira by employing a patent thicket scheme and entering into illegal pay-for-delay settlements with several biosimilar manufacturers.

A pattern has emerged in the pharmaceutical industry. When a company’s blockbuster drug becomes subject to price competition due to generic or biosimilar entry, that company will seek additional market power and new cash cows through acquisitions and anticompetitive conduct rather than innovation. AbbVie will soon lose patent protection on Humira and, consequently, has adopted tactics to protect Humira and is attempting to acquire Allergan and its blockbuster Botox product.