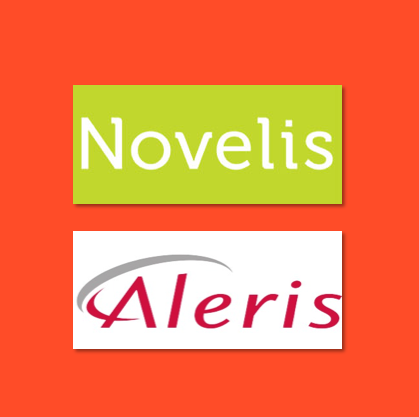 The U.S. Department of Justice Antitrust Division is for the first time exercising its authority under the Administrative Dispute Resolution Act of 1996 to enter into binding arbitration to resolve a dispute.

The government has sued to block Novelis Inc.’s proposed acquisition of Aleris Corp., each makers of an essential lightweight product for the American auto industry, saying the deal would violate the Clayton Act. With only four North American producers of flat-rolled aluminum auto-body sheet, the merger of two of them would lock up 60 percent of the market, harming car buyers and hampering innovation, the Antitrust Division says.

Novelis is a $12.3 billion Canadian company headquartered in Atlanta, and is wholly owned by Hindalco Industries Ltd. of Mumbai, India. Aleris is a Delaware corporation headquartered in Cleveland and has revenues of $3.4 billion.

Novelis’ acquisition of Aleris would eliminate a rival it has described as “poised for transformational growth.” The government quoted internal presentations and emails that described Novelis’ “anticompetitive rationale” for the merger. For example, the evidence revealed Novelis’ concern that Aleris could be sold to a new market player with “lower pricing discipline” than Novelis and “bid aggressively” in a way that would reduce prices. 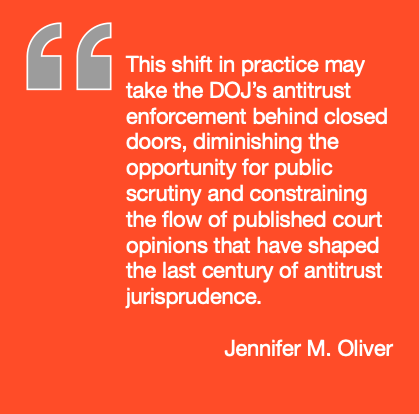 The Antitrust Division’s effort to stop the merger hangs on whether the making and selling of aluminum body sheet is a “relevant product market” under antitrust law. Market definition is often a threshold issue in antitrust cases because it “identifies the line of commerce in which the merger’s competitive concerns arise,” the government explains. Download the complaint in U.S. v. Novelis and Aleris.

For the first time in its 100 year history, the DOJ agreed to resolve this “single dispositive issue” via binding arbitration. The Administrative Dispute Resolution Act of 1996 gives the DOJ and all federal agencies the authority to use binding arbitration, provided agency-specific guidelines on the appropriate use of the process have been issued. In 1996, the Antitrust Division issued specific guidance and, under that guidance, ADR can be used in merger review to reach a settlement.

The ultimate effect of this development on future civil enforcement actions remains to be seen. On one hand, it could encourage parties to accept quick settlements and consent decrees in order to avoid lengthy court proceedings. On the other hand, this shift in practice may take the DOJ’s antitrust enforcement behind closed doors, diminishing the opportunity for public scrutiny and constraining the flow of published court opinions that have shaped the last century of antitrust jurisprudence.