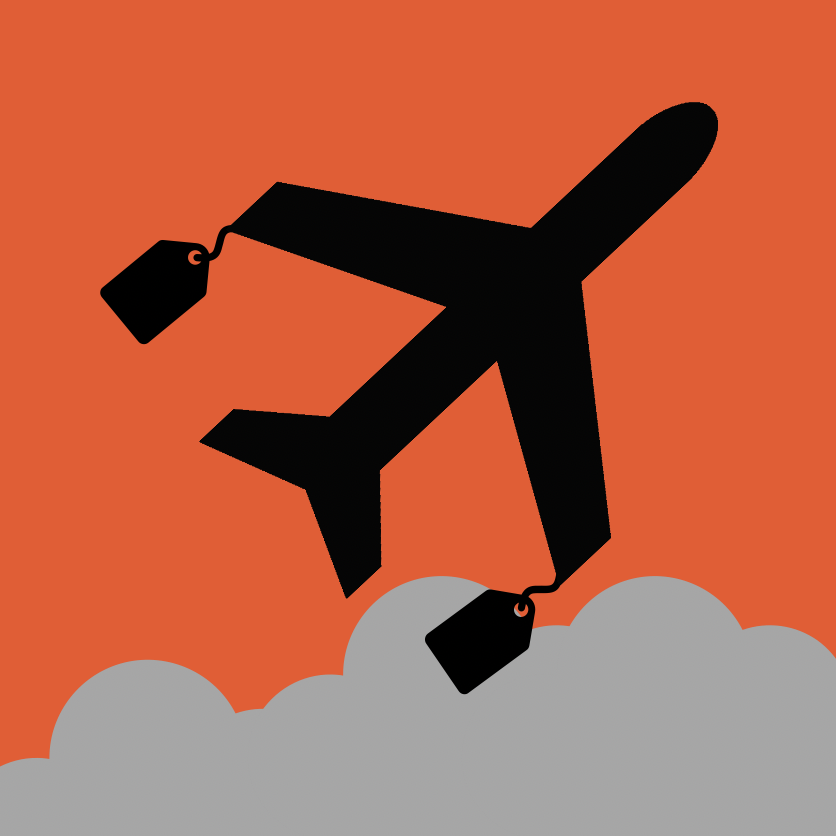 When a company with a new idea shakes up an industry and delights consumers, it is tempting for established players to devour them. But is that in the best interests of the consumer? Sometimes the answer is yes, other times no. In the case of the air travel booking industry the Antitrust Division of the Department of Justice says hell no.

The DOJ has sued to stop Texas-based Sabre Corp., the $3.9 billion operator of the largest global distribution systems (GDS) booking services provider in the U.S., from acquiring Farelogix, Inc., a $42 million Miami-based company which the government characterizes as “an innovative technology company that has stepped in to address the needs of airlines and their customers.” U.S. v. Sabre Corp., et al., No. 1:19-cv-01548-UNA, D. Del.

Sabre agreed to acquire Farelogix in November 2018 in a deal valued at $360 million. The DOJ says this is merely a play to take out a more innovative consumer-focused competitor, one that also serves as a competitive check on the legacy GDS systems. Sabre says the government is basing its case on a colossal misunderstanding of how the industry works.

DOJ illustrated Sabre’s alleged anticompetitive intentions by citing a January 2019 comment from senior executive who allegedly acknowledged that airlines view Sabre’s restrictions as “abusive but there’s nothing they can do because they need the distribution and they are tied with a contract.”

Farelogix has been considered the chief disrupter in airline fare distribution for the better part of a decade. I was on the trial team that litigated the antitrust claims between a major American carrier and Sabre back in 2012. What airlines wanted then, and undoubtedly want now, was the ability to distribute innovative and customizable fares to customers directly through the exact type of technology Farelogix offers, without anticompetitive restraints and retaliation from Sabre and other outdated global distribution systems.

Farelogix’s technology enables airlines to make more varied and personalized offers to consumers who book through travel agents, including bundles of services such as Wi-Fi, lounge passes, entertainment options, and meals – choices not available to travelers through Sabre’s legacy technology. Farelogix charges airlines a flat subscription fee and a small booking fee. This allows the airline to control the options in their offers and which IT solutions they use to support their booking services.

While the DOJ praises Farelogix’s innovations, it says Sabre, which handles more than 50 percent of airline bookings through physical travel agencies, operates with “outdated technology” and has even fought innovation.

Sabre’s GDS enables U.S. travel agencies to sell tickets. It helps airlines market and distribute fares and schedules to agents and travelers alike. Sabre and two other companies, Amadeus IT Group, a $5.59 billion company based in Spain and the UK’s $2.5 billion Travelport Worldwide Ltd., “have resisted innovation,” the DOJ maintains. While fighting innovation these companies charge airlines “high booking fees for services that lack the functionality airlines and travelers demand,” the government says. “The GDSs’ outdated technology has limited airlines’ ability to sell—and travelers’ ability to choose from—airlines’ entire suite of offerings.” A cursory review recent press statements from these companies makes it clear they each consider themselves dedicated to innovation and technology, however.

Sabre has tried to squash Farelogix before, the government claims. It cites alleged comments from executives that the deal would eliminate competition, further entrench Sabre with travel agencies, and decrease price pressure.

The DOJ says Sabre’s attempt to acquire Farelogix follows other attempts to neutralize it, including a campaign to “shut down Farelogix.” In 2013, Farelogix’s CEO alleged that “Sabre has wielded its monopoly power in an attempt to destroy Farelogix and prevent competition,” the DOJ says. Last year, Farelogix’s CEO told European antitrust authorities that Sabre and the other two major global distribution companies “continue to leverage significant market power to preserve their market position and stifle innovation.”
Allegedly, Sabre execs acknowledged in exchanges of text messages that getting merger clearance for the deal would be a challenge because it would “tak[e] out a strong competitor vs. continued competition and price pressure.” I have to agree with Sabre on that one.

The suit was filed in U.S. District Court in Delaware, where both companies are incorporated. Sabre is not yet due to answer the complaint, but says it will fight the DOJ. It says the acquisition will bring capabilities to Sabre that will “accelerate the delivery of the industry’s first end-to-end NDC-enabled solution for the retailing, distribution and fulfillment of travel.” The company says the transaction is “pro-competitive” and pro-traveler.

“The DOJ’s claims lack a basis in reality and reflect a fundamental misunderstanding of the industry,” according to the company’s statement. “The DOJ claims that Sabre and Farelogix compete head to head for airline bookings in the United States, but that claim misstates Farelogix’s role in the industry. Sabre and Farelogix offer complementary services, and this transaction is the continuation of an already successful collaboration between the two companies. The airline technology sector is highly competitive, with many companies – even airlines themselves – competing to deliver next-gen retailing solutions. Sabre looks forward to showing the court how dynamic this industry is and having airlines and travel agencies explain how the industry actually works.”

Sabre says it will continue to offer Farelogix products “at the same prices available today or lower, and to support and invest in those products at the same level or higher.”

Sabre and Farelogix have extended the termination date of their acquisition agreement to April 30, 2020, to allow time to resolve the challenge by the DOJ.

Edited for MoginRubin by Tom Hagy.