The meat packing industry is coming under increasing pressure in the form of separate antitrust lawsuits filed this year by consumers and cattle ranchers. Both groups allege anticompetitive conspiracies that unfairly enriched the meat packers at their expense, including successful efforts to lower livestock prices on one end of the supply chain and artificially increasing the price of beef on the other. 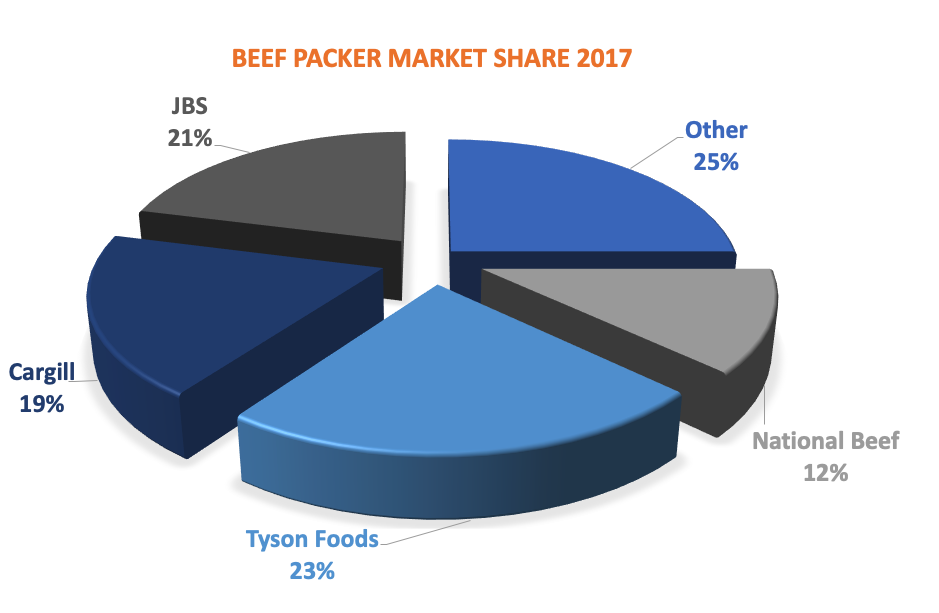 Four of the defendants in the consumer case of Peterson v. Agri Stats, Inc., et al., filed April 26, 2019 in federal court in Minnesota, are the largest meatpacking companies in the world. They are the leading processors of approximately $100 billion in annual commerce in the retail beef industry: JBS USA Food Company Holdings, Tyson Foods, Inc., Cargill, Inc., and National Beef Packing Company. The first-named defendant, Agri Stats, Inc., is a statistical research and analysis firm which provides detailed pricing reports to the industry.

“The purpose of the scheme was to lower throughput of beef supply and thus maximize the margins they received from sale of beef,” the complaint reads. As a result, the packers underpaid farmers by artificially depressing demand for cattle, then overcharged consumers by reducing their output of beef and inflating prices.

The consumers argue that the essential elements of illegal antitrust activity were in place starting on Jan. 1, 2015, at the latest: the beef meatpacking industry was highly concentrated; it enjoyed a high barrier to entry; beef is a commodity; market shares were unusually stable; demand is inelastic; “abnormal pricing” demonstrates successful collusion; “overcharges due to the cartel” were passed through to indirect purchasers; increase processor margins were not explained by changes in export levels or international demand; and the meatpackers “actively concealed the conspiracy.”

The plaintiffs seek treble the maximum damages allowed, and an injunction to halt the alleged conspiracy on the part of officers, directors, affiliates, employees and more. They also seek interest, costs and fees.

Originally filed in Illinois then re-filed in Minnesota, the suit involves two classes. The first comprises cattle producers who are suing under the Packers and Stockyards Act for cutting their profits by nearly 8%; the second comprises stock traders – those who dealt in cattle futures or options contracts on the Chicago Mercantile Exchange – who are suing under the Commodity Exchange Act for unlawfully depressing prices paid to ranchers.

Plaintiffs say the packers reduced their cattle purchases and closed slaughter plants which flooded the market with cattle. They also allege they limited their cash market trading to a narrow 30-minute time frame on Fridays, knowing that smaller packers use the cash markets all week long.