The Broad Market Effects of SEPs Must Not Be Forgotten in Constructing Remedies. 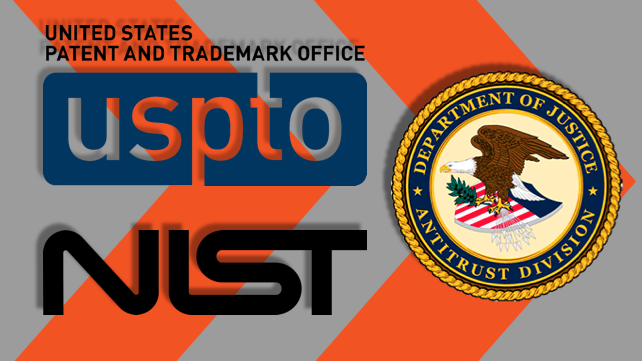 Imagine purchasing a lamp that only uses light bulbs designed specifically to fit that lamp. No other bulb will do. Or a flashlight that requires triangular batteries? What if you bought a car whose wheels were secured with seven lug nuts rather than the standard five? Product makers would find it much more costly to design and manufacture parts for non-standard products, and they would pass those costs along to you, the consumer.

These are simple illustrations of where we would be without industrial standards, and particularly interoperability standards that facilitate using products from different manufacturers together. Historically, standard setting has been the province of voluntary industry Standards Development Organizations (“SDOs”), but governmental bodies may also adopt building codes and other standards. Settling on a particular standard usually means that non-standardized products will not be commercially viable. For most market participants, in other words, it’s the standard way or the highway.

In high technology and digital applications, technical standards can be significantly more complex than matching the form factors between plugs and sockets. For example, the technology governing how the parts of a personal computer interoperate can be highly specialized and expensive to develop. It is not unusual for the developers of such technologies to seek to patent their investment. As a result, SDOs are increasingly called upon to choose standards that incorporate patented inventions.

In such cases, marketing a product that observes the standard requires the practice of a patented technology. These days, such “standard-essential patents,” or SEPs, come into play in every industry you can think of. In the telecommunications sector, for example, the proliferation of 5G involves product standardization based on numerous patents that will generate billions of dollars in licensing royalties for their respective inventors. The newest and next biggest use of SEPs will likely be in the automotive sector, as self-driving car technology enters the mainstream. Those self-driving Teslas must be able to talk to the self-driving Toyotas in the next lane, and both of those cars must be able to talk to the road itself. This is accomplished with patented technology.

Because a patent gives a patentee the right to exclude others from practicing the invention, SEPs give the patentee the power to exclude others from standardizing their products and, thus, entering the market altogether. Given the tremendous market power inherent in SEPs, some have argued that the remedy of injunctive relief, for example, should not be available when resolving patent disputes involving SEPs. However, this notion comes from what three agencies last month said is a misinterpretation of a seven-year-old policy statement, and that injunctive relief as well as other remedies, such a lost profits, are equally available in disputes arising out of alleged infringement of SEPs and ordinary patents alike.

SEP holders are often required by the rules of the SDO to license their inventions to others on terms that are “reasonable and non-discriminatory” or “fair, reasonable, and non-discriminatory,” referred to as RAND and FRAND (collectively F/RAND), if their patented technology is chosen as the standard. However, not all SDOs have such rules, and such commitments are made voluntarily. In either case, determining whether the owner of a patented standard is demanding a fair and reasonable license fee is often where things can get complicated. Licensing disputes happen. Courts are asked to decide on appropriate remedies. Given the impact they may have on an entire industry and/or millions or billions of dollars in licensing fees, these are weighty decisions in the context of SEPs.

The U.S. Patent & Trademark Office (PTO) issues patents and advises the Secretary of Commerce, who advises the President, on intellectual property policy. The National Institute of Standards & Technology (NIST) facilitates exchange of standards information and cooperation among public and private sector participants, and, like the PTO, offers policy advice to promote the nation’s competitiveness and innovative environment. The Department of Justice’s (DOJ) role is to protect consumers by promoting and defending market competition.

The PTO and DOJ’s 2010 policy for remedying infringement of SEPs subject to F/RAND commitments recognized that while in some cases an exclusionary remedy such as an injunction may be inconsistent with the public interest, in other cases it may be appropriate, “such as when the potential licensee constructively refuses to engage in a negotiation to determine F/RAND terms.”

In the intervening decade, domestic and international agencies have gained more experience with SEPs. They have found that the policy statement has been misinterpreted to mean that disputes over SEPs are to be resolved on the basis of a set of legal rules different from ordinary patents so that an exclusionary remedy, such as an injunction, is not available.

According to a new joint policy statement – intended to set the record straight and replace the 2010 language – the USPTO, DOJ and NIST said having two sets of legal standards and barring exclusionary remedies in SEP cases “would be detrimental to a carefully balanced patent system, ultimately resulting in harm to innovation and dynamic competition.”

“While the existence of F/RAND or similar commitments, and conduct of the parties, are relevant and may inform the determination of appropriate remedies, the general framework for deciding these issues remains the same as in other patent disputes,” the agencies state.

By way of footnote, the agencies said the 2013 statement may also have been misinterpreted to mean that antitrust law is applicable to F/RAND disputes. “Although the U.S. International Trade Commission (ITC) may consider ‘competitive conditions in the United States economy’ as part of its public interest analysis … that does not signify that F/RAND licensing disputes raise antitrust concerns,” the statement reads.

With that, the government withdrew the 2013 statement and declared that “a patent owner’s F/RAND commitment is a relevant factor in determining appropriate remedies, but need not act as a bar to any particular remedy.” In addition to injunctive relief, remedies include reasonable royalties, lost profits, enhanced damages for willful infringement, and exclusion orders by the ITC.

This policy statement, the agencies said, is consistent with recent decisions of the U.S. Supreme Court, which has held that traditional rules of equity apply in determining whether an injunction is appropriate in patent cases, and the U.S. Court of Appeals for the Federal Circuit, which has held there is no justification for separate standards when resolving F/RAND disputes related to SEPs.

The agencies encouraged patent holders and licensees to negotiate in good-faith to reach F/RAND licensing agreements and stay out of court. But, when a dispute must be litigated, the courts are “more than capable” of considering patent infringement cases and appropriate remedies. Judges should apply “general laws” in making their decisions, the agencies concluded.

SEPs vest in private patentees the power to determine who may participate in the market and who may not, simply by granting or refusing to license the SEP. Thus, the argument that antitrust law is not properly part of the legal analysis of SEP/FRAND issues is a hazardous one. While not all FRAND obligations are fraught with antitrust implications, the breach of a FRAND commitment given in exchange for standardization of the underlying technology is likely to have market-wide impact. In those circumstances, the breach of a FRAND commitment may rise to the level of an antitrust violation.

Many hallmarks of antitrust “danger” are present in the standard setting context. SDOs are a kind of “joint venture” of competitors and FRAND negotiations are ripe for abuse. A blanket refusal to deal or to deal on reasonable terms could violate Section 2 of the Sherman Act if it keeps a standardized technology out of the hands of a competitor and thereby excludes the competitor from the market entirely. Discriminatory policies that favor some competitors over others could violate Section 1.

The debate over “patent holdup” illustrates the danger. A patentee with technology that wins appointment as the industry standard could hold up all others that wish to market a standardized product unless they remit unreasonable royalties. This danger is particularly acute in SDOs that do not require “ex ante” disclosure of patents that may cover proposed standards, because SDOs may unknowingly choose a standard that requires the payment of royalties to be practiced. But even where ex ante disclosure is required, a patentee may hold up the industry simply by refusing to honor its FRAND commitment.

Thus, while patentees’ rights to seek injunctions for infringement of SEPs should be preserved, agencies, courts, and policymakers must remain cognizant that SEPs are different from ordinary patents, because they often serve as the gateway to an entire market. Accordingly, injunctions against infringements of an SEP requires an inquiry into the conditions under which the standard was chosen and the disclosures and commitments given by the patentee in the process. Thus, while antitrust is not always immediately implicated in disputes over SEPs, it is always lurking just below the surface.