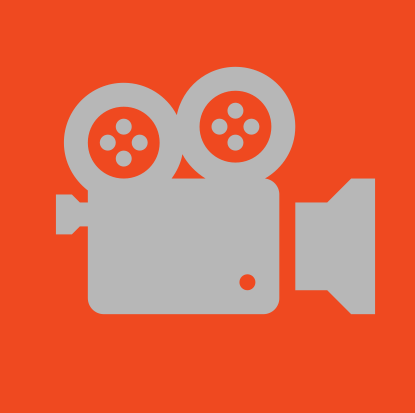 The world’s leading talent agencies claim the two Writers Guild of America (WGA) unions violated antitrust laws by executing what they call an illegal boycott that prevents talent agents from collecting talent-packaging fees – fees they receive for pulling together creative teams such as directors, actors and writers for film and television and pitching the “package” of talent to a studio.

William Morris Endeavor Entertainment Inc. (WME), United Talent Agency, and Creative Artists Agency say the alleged conspiracy restricts competition, noting that the union directed thousands of writers to drop their talent agents in April. The agencies stress that writers are coerced into falling into line with the union, since members who dissent risk being blackballed in the industry. Talent agencies allege that the unions are leveraging their monopoly power in the market for writer representation to remove competition in the market for film and TV production. The WGA has also sued the talent agencies to invalidate the package fees.

“[T]he boycott to enforce their unlawful bans is nothing more than a ‘power grab’ masquerading as a legitimate exercise of union authority,” WME and the other agencies charge. “Without packaging, some shows and films would never have been produced, and the writing opportunities these productions create would never have existed. Many writers have hired [the agencies] because of [their] packaging services. Writers want to benefit from meeting with, and being paired with, in-demand directors and actors. The ‘package’ of talent often enhances demand for the writer’s script and services and leads to the production of TV shows and movies that would not otherwise get made.”

What appeared to be a united front of union members earlier this year is looking less united, however.

New York Times reporter John Koblin wrote on July 15 that a faction of writers who belong to WGA East and WGA West have begun openly criticizing their unions’ tactics. Some also plan to take charge by challenging union leaders in their September elections and backing candidates who believe “the fight between the writers and the agencies has not accomplished its objectives,” Koblin reported. He quoted Jason Fuchs, co-writer of “Wonder Woman,” as saying, “The cause remains a good one … But the strategy is failing. The problem hasn’t gone away.” Fuchs is running for a board seat later this year, Koblin reported.

Packaging fees violate California fiduciary duty law. Under state law, talent agents are fiduciaries, who are required by law to represent writers with undivided loyalty and without conflicts of interest. Because packaging fees sever the relationship between a writer’s compensation and what the agency receives in fees, and frequently pit the interests of the agency against those of its writer client, packaging fees violate these fundamental fiduciary obligations.

Packaging fees also violate California’s Unfair Competition Law. Packaging is an unfair practice because it violates a federal statute, section 302 of the federal Labor-Management Relations Act, the so-called “anti-kickback” provision of the Taft-Hartley Act. That statute prohibits “any representative” of an employee from receiving any “money or other things of value” from the employee’s employer. Because agents are employee representatives under the statute, their receipt of packaging fees—which are direct payments from employers—are prohibited under both state and federal law.

Is this a re-run?

“Packaging fees are not a new practice in Hollywood, but they have always been controversial. It is time to put an end to the egregious conflict of interest that they pose,” WGA West General Counsel Tony Segall told the New York Times.

In the 1970s, William Morris Agency, Inc., which later merged with the Endeavor Agency to form WME, tried to enjoin other talent managers and the union from “concerted refusal to deal and group boycott” after William Morris refused to sign a “basic agreement” required by the union for its members to work.

Talent managers and the union argued for the validity of the basic agreement under federal antitrust laws.

In March of 1976, the U.S. District Court for the Central District of California denied the agency’s motion for a preliminary injunction, finding that the basic agreement, as enforced by the work rule of the writers’ union, was most likely immune from the federal antitrust laws. The agreement appeared to meet the statutory labor exemption in the Clayton Act and the Norris-LaGuardia Act, the court held, because the union was acting unilaterally and “legitimate union interests” were involved (Adams, Ray & Rosenberg v. William Morris Agency, Inc., 411 F. Supp. 403, 1976 U.S. Dist. LEXIS 15942).

“Agencies say packaging is procompetitive, benefitting both talent and consumers. The WGA refuses to deal with agencies who continue packaging, claiming the practice involves conflicts of interest. Agencies allege this refusal is an unlawful horizontal group boycott, but the show must go on — while suits are pending, writers are getting work without the agencies,” said MoginRubin Attorney Nicole Ambrosetti.