Now that TikTok has more time to keep its U.S. operation alive – thanks to a federal court order enjoining the Trump administration’s effort to shut the app down as a national security threat – the company is both working on additional arguments for the court and engaging in a major deal that would pair it with Oracle Corp. and Walmart Inc.

On May 15, 2019, exercising powers granted to him by the International Emergency Economic Powers Act (IEEPA), the president declared a state of national emergency due to the “unrestricted acquisition or use” of communications technology services controlled by “foreign adversaries.” 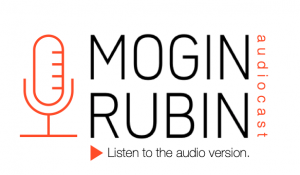 On Aug. 6, 2020, the president invoked his emergency declaration to stop Beijing-based ByteDance Ltd. from acquiring TikTok. The president said there was a risk that the Chinese Communist Party would access the personal information of Americans, including federal employees and contractors. The information could be used to blackmail these individuals and commit corporate espionage, and otherwise use ByteDance to “further its foreign policy agenda,” the president argued. He directed Secretary of Commerce Wilbur Ross to identify specific prohibited transactions. (The administration also included China-based WeChat app in the ban.)

Secretary Ross was to ban five sets of transactions and to order ByteDance to divest its TikTok U.S. operations. On Sept. 18, the secretary prohibited activity that enables the TikTok mobile app to operate: 1) distribution of app; 2) provision of internet hosting services; 3) provision of network services; 4) engaging any directly contracted or arranged “internet transit or peering services”; and 5) any use of the app’s code, functions or services in the functioning of software or services developed in the United States or its territories. Secretary Ross had planned to phase in the restrictions, and said they only would apply to business-to-business transactions, and not to the exchange of personal or business information shared by TikTok users.

On the same day, Sept. 18, as he was leaving the White House for a campaign rally, the president told reporters that Oracle’s announced deal with TikTok had his “blessing.” If formally approved, Oracle would become a minority investor in the newly formed TikTok Global, to be based in Texas, and would be the company’s cloud provider. Walmart, which will become TikTok Global’s marketing partner, will also invest and serve on board of the new company.

Also on Sept. 18, TikTok and ByteDance filed suit against the Trump administration, seeking a preliminary injunction (TikTok Inc., et al v. Trump, et al, No. 1:20-cv-02658-CJN, D. D.C.). The following day, Secretary Ross revised the implementation dates for the bans, moving the ban on distribution to Sept. 27, with all other transactions to end by Nov. 12.

On the day the distribution ban was to go into effect, Sept. 27, Judge Carl J. Nichols of U.S. District Court for the District of Columbia granted TikTok’s motion for a preliminary injunction.

TikTok and ByteDance had argued that the president not only exceeded his emergency powers authority, but that he was in violation of the Administrative Procedure Act, the First Amendment, and the Due Process and Takings clauses of the Fifth Amendment.

Judge Nichols wrote that the government’s actions would have the intended effect of stopping U.S. users from communicating and sharing via the app. “To be sure, the ultimate purpose of those prohibitions is to protect the national security by preventing China from accessing that data and skewing content on TikTok. And the government’s actions may not constitute direct regulations or prohibitions of activities carved out by [presidential authorities granted by] 50 U.S.C. 1702(b). But Plaintiffs have demonstrated that they are likely to succeed on their claim that the prohibitions constitute indirect regulations of ‘personal communication[s]’ or the exchange of ‘information or informational materials.’”

The judge also held that TikTok and ByteDance demonstrated that they would suffer irreparable harm should their motion be denied. “It is undisputed that as of the date of the TikTok Order, TikTok was one of the fastest growing apps in the United States, adding 424,000 new users each day…. Barring TikTok from U.S. app stores would, of course, have the immediate and direct effect of halting the influx of new users, likely driving those users to alternative platforms and eroding TikTok’s competitive position.” Saying the companies showed they would likely succeed on their IEEPA claims, the judge approved the preliminary injunction.

Get news and commentary from MoginRubin sent right to your in-box. Sign up for our carefully curated digest and never miss a post.