The fate of the $2.2 billion Penguin Random House (PRH) / Simon & Schuster (S&S) merger remains with U.S. District Judge Florence Pan who presided over a three-week bench trial that wrapped up on Aug. 19. The case is now in the post-trial briefing stage which ends Sept. 9.

Challenging what it says would be an anti-competitive monopsony, the Department of Justice sued to block the deal on the grounds that it would damage the market for acquiring high-value manuscripts and reduce the number of books available to consumers. The publishers say the opposite is true, that the market is intensely competitive and that the merger would put the companies in a better position to compete with digital publishers like Amazon. 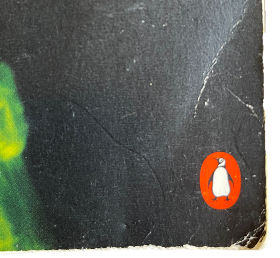 The fact is, the publishing industry is highly concentrated, largely controlled by the “Big Five” publishers. PRH (which owns Knopf Doubleday and others) is the world’s largest book publisher and S&S (which owns Scribner, Pocket Books, the Folger Shakespeare Library, and others) is the fourth largest U.S. book publisher. PRH, a subsidiary of Germany’s Bertelsmann SE & Co., publishes 2,000 new trade books in the U.S. annually, generating $2.4 billion in 2019. S&S, owned by ViacomCBS Inc., publishes 1,000 new trade books each year, reporting 2019 revenues of $760 million.

The other big U.S. publishers are Hachette Book Group, which includes Little, Brown & Company and is part of a French conglomerate; HarperCollins Publishers, a subsidiary of Australian media mogul Rupert Murdoch’s News Corp; and Macmillan Publishers, which, like PRH, is owned by a German parent company.

MoginRubin LLP’s Jonathan Rubin observed the following in his Nov. 2, 2021, post: “All successful antitrust prosecutions require a demonstration of harm to competition in a relevant product market. Here, the Antitrust Division alleges the relevant markets to be two ‘content acquisition markets,’ in which authors sell the rights to their works (one market for general-interest works and the other for best-sellers). The harm to competition that occurs in those markets is borne not by book-buying consumers but by the sellers of content—the authors.”

“This does not mean that consumers are not likely to be harmed by the merger. Rather,” Rubin wrote, “it means that the retail book market would not be directly harmed by the merger. If, as the complaint alleges, the merger will reduce competition for authors’ works, consumers will suffer from less efficiency in book publishing and fewer new book titles published each year.”

The publishers’ contention that the DOJ neither finds nor alleges that the merger will reduce competition in the sale of books is a distraction from the real issue: the harm in the market for the sale of manuscripts. “Although it may seem counter to popular notions of antitrust, consumer harm in this case is not a necessary element of the offense,” Rubin wrote.