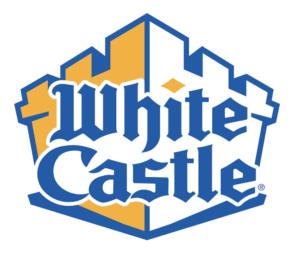 The Seventh Circuit U.S. Court of Appeals has certified a question to the Illinois Supreme Court over the accrual of claims under the Illinois Biometric Information Privacy Act (BIPA). The question, posed by the court in Cothron v. White Castle Systems, Inc., reads:

The case was brought by an employee of the White Castle hamburger chain, which requires fingerprint scans for employees to access computer systems. The plaintiff charged that sharing her fingerprints with a third party vendor violated the law.Cothron v. White Castle Sys., No. 20-3202, 2021 U.S. App. LEXIS 37593 (7th Cir. Dec. 20, 2021).

Preceding the federal court’s certification of this question by just five days, an Illinois appellate court ruled that, yes, claims under sections 15(a) and (b) accrue with each capture and use of a plaintiff’s biometric  information. Watson v. Legacy Healthcare Financial Services, LLC, et al., 2021 IL App (1st) 210279 No. 1-21-0279, Opinion filed Dec. 15, 2021.

This is an important case to watch. Illinois was the first to implement such legislation, something several states have since emulated. Should it come down in favor of an “all scans” interpretation, defendants may find themselves on the receiving end of devastating damages multipliers. Of course, the Illinois Supreme Court could determine that damage awards are at the discretion of a court, and are not mandatory under the law. Or it could rule that every scan or transmission restarts the statute of limitations clock, but that a claimant may only collect damages once for a series of transmissions of the same data, similar to how damages for defamation are not based on each publication of the same defaming remarks. Yet another possibility is that the court could determine that the clock starts to run when a claimant first learns of an alleged violation, which has precedent in litigation involving latent diseases caused by products, where individuals cannot know they were harmed until they developed a signature disease, i.e., one connected to a specific product.

The ruling in this case is especially interesting as the COVID-19 pandemic has led to skyrocketing adoption of remote access tools that can collect biometric data for learning, court appearances, and work-from-home arrangements, and a corresponding uptick in BIPA lawsuits.