Recommitted to fighting anticompetitive consolidation, the government could still challenge the deal. 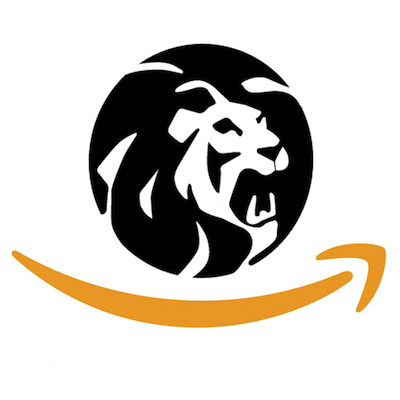 The Federal Trade Commission’s silence last week on Amazon’s acquisition of MGM – coupled with the European Commission’s earlier green light – effectively allowed the $8.5 billion transaction to close. Amazon now has a hardy new catalog of movies and television shows to add to Amazon Prime, making it better able to compete with webstreaming rivals like Netflix, Disney+, Hulu, and HBO Max.

As we wrote in our prior post, this doesn’t mean the story is over. The FTC can still challenge the transaction retrospectively. Antitrust law enforcers in the U.S. have been promising and/or proving that they will investigate, block, or unwind mergers they consider to be anticompetitive.

In January, FTC Chair Lina M. Khan, in a request for information on merger guidelines, noted Congress intended antitrust laws to promote competition over consolidation. She said the evidence shows, however, that “decades of mergers have been a key driver of consolidation across industries.”  Khan said “[g]lobal deal-making in 2021 soared to $5.8 trillion, the highest level ever recorded, with the FTC and DOJ receiving more than double the number of merger filings received on average in any of the past five years.” Late last year, another FTC official announced that the Commission had resuscitated its long-dormant policy of routinely restricting anticompetitive mergers, putting “industry on notice” that it will once again require aggressive acquirers to obtain prior-approval “before closing any future transaction affecting each relevant market for which a violation was alleged, for a minimum of 10 years.” “Restoring the long-standing prior approval policy forces acquisitive firms to think twice before going on a buying binge because the FTC can simply say no,” said Bureau of Competition Director Holly Vedova.

Commissioner Khan’s counterpart at the Department of Justice, Assistant Attorney General Jonathan Kanter, speaking at a New York Bar Association meeting, gave this blunt warning: “[W]e will challenge any merger where the effect ‘may be substantially to lessen competition, or to tend to create a monopoly.’ The second prong — ‘or tend to create a monopoly’ — has often been given less emphasis. No longer: we intend to remain faithful to the plain language of the Clayton Act.” Remarks made by the Antitrust Division’s Richard Powers at an ABA conference earlier this month was interpreted by many antitrust watchers as a signal that, after decades of filing only civil actions (except for more straightforward anticompetitive behavior like price fixing), the government would use criminal charges to tackle illegal monopolies.

Commissioner Khan and Assistant AG Kanter have been gathering information through public forums on industries and labor markets “commonly impacted by mergers that may reduce competition.” Those industries are food and agriculture; healthcare; media and entertainment; and technology. In recent weeks alone we have reported on the DOJ teaming up with states to block a large healthcare merger in New England. In the defense sector, we reported on the Defense Department’s comprehensive assessment of anticompetitive mergers and the FTC’s suit to block Lockheed’s purchase of Aerojet. Regarding the food industry, we reported on the FTC and DOJ examining the beer, wine and spirits sectors based on a Treasury Department report. In the technology sector we reported that chip giant Nvidia Corp. called off its proposed vertical merger with computer processing designer Arm Ltd. FTC’s investigation into the Amazon-MGM deal demonstrates its sites are trained on media and entertainment, but for whatever reason now apparently was not the time.