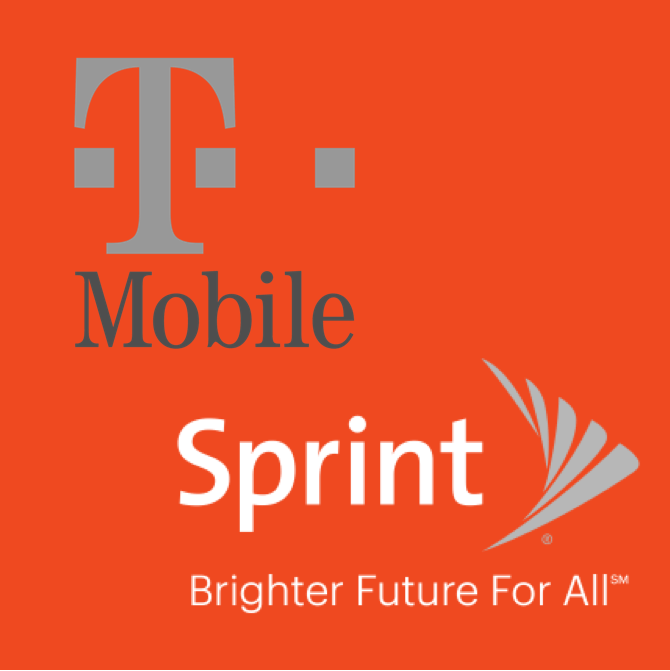 The federal government and five state attorneys general reached a proposed settlement with T-Mobile and Sprint on July 26, ending their opposition to the merger – at least for now. The Department of Justice lawsuit challenging the merger was filed in U.S. District Court for the District of Columbia simultaneously with a settlement agreement and a proposed final judgment resolving the case.

That’s one hurdle cleared. A 60-day public comment period will follow, with opposition anticipated. The Federal Communications Commission will need to sign off on the deal, valued at $56 billion. Meanwhile, a separate suit continues in U.S. District Court for the Southern District of New York brought by another group of states and the District of Columbia in June.

Opponents say the result of the merger will be higher prices, lower quality of service, and less access to wireless communications, with lower-income consumers getting the worst of it.

The government and the two companies claim that the settlement will address some of these concerns. For example, the deal would require a substantial divestiture of Sprint’s prepaid cellular business and additional wireless spectrum assets to satellite TV company, Dish Network Corp., and would grant Dish an option to acquire at least 20,000 cell sites and hundreds of retail stores.

“With this merger and accompanying divestiture, we are expanding output significantly by ensuring that large amounts of currently unused or underused spectrum are made available to American consumers in the form of high quality 5G networks,” said Assistant Attorney General Makan Delrahim, head of the Antitrust Division of the Department of Justice.

The settlement is intended to provide Dish with the assets and transitional services it will need to become a competitive, nationwide, full-service facilities-based mobile network operator. The DOJ said Dish will enter the market in fourth place behind the new T-Mobile / Sprint company, with AT&T Inc. and Verizon Communications Inc. jockeying for the first slot.

These four networks serve at least 90% of the population with more than 430 million connections. T-Mobile and Sprint serve about 80 million and 55 million customers, respectively.

Market shares based on the number of connections at the end of Q3 2018 were: Verizon, 35%; ATT&T, 34%; T-Mobile, 17.5%, and Sprint, 12%. A fifth provider, U.S. Cellular has 1.1%, according to data reported from Strategy Analytics and FierceWireless and compiled by Statista.

Joining the DOJ Antitrust Division in the case were the attorneys general of Nebraska, Kansas, Ohio, Oklahoma, and South Dakota, who declined to join in the settlement. They argued that the divestiture conditions were unlikely to remedy the loss of competition that currently occurs between the four facilities-based suppliers of nationwide mobile wireless services, because Dish was unlikely to become a robust competitor.

According to the DOJ’s complaint, T-Mobile and Sprint both offer nationwide mobile coverage and are particularly close competitors for the roughly 30% of retail subscribers who purchase prepaid mobile wireless service. Without the agreed-upon divestiture, the DOJ explained, “The combination of T-Mobile and Sprint would eliminate head-to-head competition between the companies and threaten the benefits that customers have realized from that competition in the form of lower prices and better service.”

Still pending in New York, however, is the suit led by New York Attorney General Letitia James and California Attorney General Xavier Becerra filed in June. Attorney General James said the merger would cut off access to “affordable, reliable wireless service for millions of Americans,” but it would be particularly harmful to lower-income and minority communities. “This is exactly the sort of consumer-harming, job-killing megamerger our antitrust laws were designed to prevent,” she said when the suit was announced. California AG Becerra echoed James’ concerns, saying the merger would create a “compressed market with fewer choices and higher prices.” In addition to New York and California, the plaintiffs are Colorado, Connecticut, the District of Columbia, Maryland, Michigan, Mississippi, Virginia, and Wisconsin.

Concerns for lower-income citizens arise not only from the threat of higher prices, but many consumers in that category cannot pass credit checks required to subscribe to mobile services and must rely on prepaid services as their primary form of communication, since many do not have landlines or broadband, either.

According to a U.S. Federal Communications Commission Communications Marketplace Report, cited by the AGs in the New York case, the average revenue per user for mobile wireless telecommunications services has been declining, as is the cost per megabyte of data.

“As average revenue per user and cost per megabyte of data declined, quality of service, as measured by coverage, speed, and reliability, improved,” the AGs argue, crediting vigorous competition in the mobile wireless market, something they want to see continue. 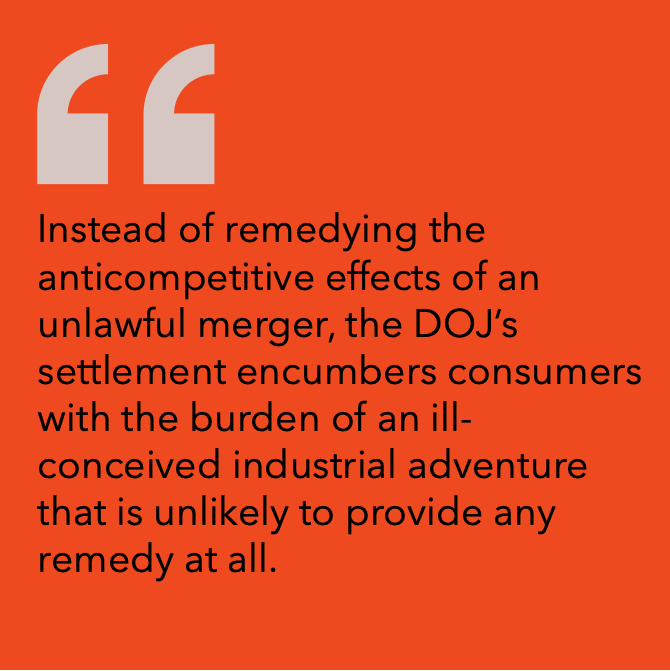 When law enforcement challenges a merger, the remedy is supposed to restore or prevent the threatened loss of competition. The T-Mobile/Sprint merger renders four competing national carriers into an oligopoly of three. Opponents argued that prices would increase, in part because of the unilateral market power gained by the surviving three firms and in part because of the increased likelihood of horizontal coordination in a tightened oligopoly.

The DOJ’s settlement, which requires the merging parties to divest certain assets and options on assets to Dish’s satellite TV business, is unlikely to create a fourth competitor able to counter either anticompetitive effect. The idea that Dish will develop into a viable fourth competitor in the postpaid market is almost nonsensical when considering that Sprint currently has 53 million subscribers and T-Mobile has 77 million, and yet they still felt the need to merge to compete with Verizon and AT&T.

Mobile Virtual Network Operators (MVNOs), such as MetroPCS, Cricket, Boost Mobile, Ting, and others, already crowd the market with pre-paid and subscription plans that depend on the network infrastructure of the four facilities-based wireless service providers. Because they do not operate their own networks, they are merely resellers selling a lower-priority service purchased at wholesale from the networks. Because such resellers act less as competitors and more like customers, they are in no position to impose any real competitive discipline.

Standing Dish up as a replacement to the disappearing fourth facilities-based network won’t work if Dish functions principally as an MVNO. The tower-sharing agreements contemplated by the settlement and the options on physical cell towers and retail locations, which Dish does not have to exercise, suggest that the new entrant will look much more like an MVNO than a real competing network. Instead of a competitor to the new Sprint-T-Mobile, the government has created their largest customer.

The risks when the Antitrust Division assumes the role of industrial planner are not symmetric. If Dish fails to exert real competitive pressure on the facilities-based carriers, it could still earn a small profit or otherwise benefit from economies of scope or technology. By contrast, U.S. consumers would suffer significant economic harm as the price level of wireless connectivity increases.

Instead of remedying the anticompetitive effects of an unlawful merger, the DOJ’s settlement encumbers consumers with the burden of an ill-conceived industrial adventure that is unlikely to provide any remedy at all.

Edited by Tom Hagy for MoginRubin.