In a move that could redefine how 2.6 billion people use Facebook Messenger and Facebook’s acquired WhatsApp and Instagram apps, The New York Times reported on Jan. 25 that Facebook CEO Mark Zuckerberg plans to integrate the platforms. The announcement turned up the volume on antitrust and privacy warnings directed at the social media giant.

The Times cited unnamed sources involved in the project who said the apps will continue as stand-alone services, but their “underlying technical infrastructure will be unified” so people can chat across platforms. This strengthens Facebook’s “grip on users, raising antitrust, privacy and security questions,” The Times wrote. The move is no doubt a topic of conversation at rival messenger teams at Apple and Google. Zuckerberg considers Apple’s iMessage to be its chief competitor. The Times says the integration move is designed to keep users from migrating away from Facebook’s message apps.

According to CNBC, “EU lawmakers have previously dinged Facebook for approaching a monopoly on mobile messaging. Zuckerberg at the time argued that users have choice because the average American uses eight social apps. Facebook controls three of those eight, in addition to WhatsApp, and it now plans to integrate them.” Facebook purchased Instagram in 2012 and WhatsApp in 2014. The social media behemoth has said the companies would operate independently and continue to honor the pledge of privacy to users, despite being acquired by a company whose business model is leveraging user data. The original founders of the acquired companies have since left. The WhatsApp privacy commitment changed dramatically two years later when it announced it would share user data with Facebook for advertising purposes.

According to the Electronic Privacy Information Center (EPIC), “WhatsApp users were not even given the opportunity to affirmatively consent to this change in business practice, despite the fact that it directly contradicted years of WhatsApp assurances. Rather, users were required to opt-out within 30 days.”

Globally, Facebook’s use of data gathered by the acquired privacy-focused businesses had regulators jumping. The UK Information Commissioner’s Office blocked the new data sharing policy at WhatsApp. The EU fined it $122 million. Germany’s privacy regulator ordered a halt of the data collection and instructed the companies to delete any share user data.

Barak Orbach, a professor of law at the University of Arizona, told CNBC that serious changes to antitrust law are inevitable given the evolution of the economy and modern business models.

“Facebook can be legitimately criticized for merging these apps after contrary assurances and perhaps for trying to dominate messaging,” MoginRubin Partner Dan Mogin said, “but perhaps more importantly, this is another example of the evolving convergence between antitrust and privacy that appears to be being driven by forces outside the US enforcement agencies. It’s a challenging issue for antitrust and may eventually lead to a sea change.”

“Facebook frames its plan to merge these services as pro-consumer, arguing that users prefer not to worry about which friends are using which service,” said MoginRubin Counsel Jennifer Oliver. “But that would not be a concern if Facebook allowed users to move their friend lists between apps with ease. That right, known as data portability, is a hot button topic in privacy right now, especially after the passage of the EU’s General Data Protection Regulations (GDPR) and the fledgling California Consumer Privacy Act (CCPA), both of which proscribe some rights to portability of ‘personal information’.” Oliver is a Certified Information Privacy Professional and member of the International Association of Privacy Professionals and California Lawyer’s Association Privacy Committee. 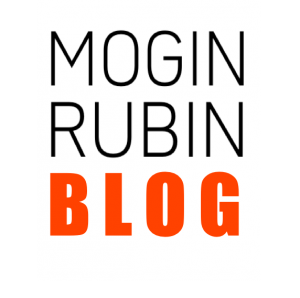